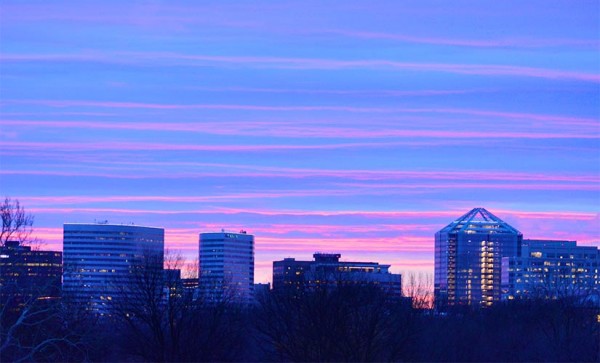 Church Ceiling Collapses in Nauck — On Sunday, just a few days before Christmas, part of the ceiling of the 1920s-era Lomax AME Zion church in Nauck collapsed. The collapse happened during Sunday services, forcing the choir to run for their lives, but miraculously no one was hurt. [NBC Washington, WUSA9]

Arlington Theater Makes ‘Best of 2013’ List — The AMC Courthouse movie theater, renovated in 2012, has made the Washington Post Going Out Guide’s “Best of 2013” list for “best reason to go to the movies.” The theater’s plush recliners are said to be “more comfortable than anything in your living room.” [Washington Post]

Voting By Mail in Virginia? — Del. Rob Krupicka (D-45) has introduced legislation that would direct the Virginia State Board of Elections to study the feasibility of allowing voting by mail. Voting by mail is currently allowed in Oregon and Washington state. Such a system could help boost turnout in non-presidential year elections. [Sun Gazette]