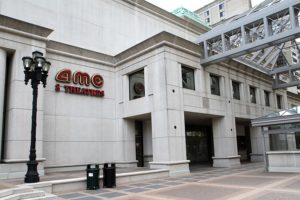 (Updated on 10/9/12) A major renovation project is underway at the AMC movie theater at Courthouse Plaza (2150 Clarendon Blvd).

The renovations have been underway for at least two months. The lower level theaters have already been remodeled and now feature power adjustable leather recliners with footrests, as well as terraced rows of seating that make it easier to see the screen over the person sitting in front of you. With the lower theaters complete, renovations to the upper theaters are now underway.

Meanwhile, improvements to the lobby include updated decor, a new snack counter and new Coke freestyle machines. The theater’s restrooms have also been renovated, according to AMC spokesman Ryan Noonan.

The multiplex has remained open during the construction. Construction is expected to wrap up in the first half of November, according to Noonan.

The new recliners have reduced the seating capacity of each theater, but Noonan said the plush seating “makes for a phenomenal movie-going experience.”

Similar renovations were reported at an AMC theater in Atlanta earlier this year. Those changes included the addition of a bar that served beer, wine and cocktails that patrons could take to their seats, but Noonan said the Courthouse theater will not serve booze. 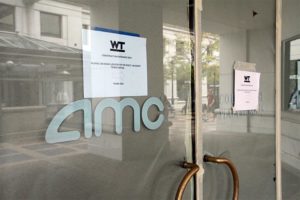 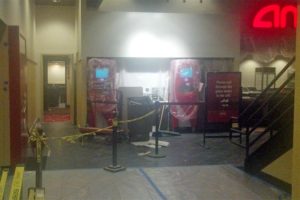