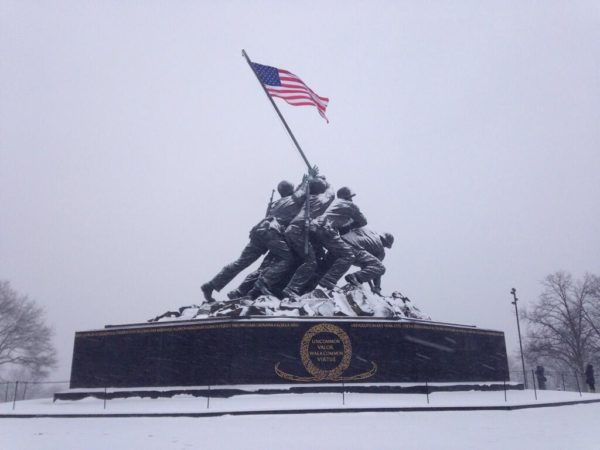 ‘Trolley Pub’ Bill Fails in Richmond — A bill that would have allowed patrons of Arlington’s Trolley Pub to drink alcohol while on board has been passed over indefinitely in the House of Delegates. Del. Patrick Hope (D-47), who introduced the bill, said there were “too many significant issues” around the bill. [Patch]

Middle School PTA Peeved at Bus Inequality — The Thomas Jefferson Middle School PTA is upset that North Arlington schools appear to be getting preferential treatment when it comes to bus service for students inside the standard 1.5 mile perimeter for secondary schools. The PTA president says S. Glebe Road is dangerous for middle school students to cross and the school system should provide bus service for students who have to cross it. [Sun Gazette]

Settlement to Fund Surveillance Cameras — Arlington will use $55,000 from a federal settlement to fund the purchase of portable digital video surveillance cameras. The cameras will be used “to enhance security at large scale events.” The funds from from the $1.5 billion federal settlement with Abbott Laboratories Inc. in 2012 over unlawful promotion of a prescription drug. [Arlington County]

Man Survives Key Bridge Plunge in 1929 — A quirky bit of local history: In September 1929 a drunk 26-year-old man fell off the side of the Key Bridge, landing on his side in the water 120 feet below. Miraculously, he was rescued by a police officer and a boat club employee and “appeared none the worse for his experience.” But alas, it wasn’t a completely happy ending: five weeks later the stock market crashed, leading to the Great Depression. [Ghosts of DC]