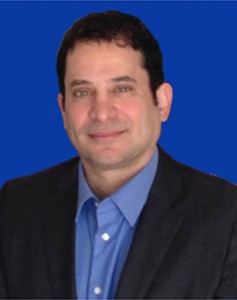 Levine, 47, hosts “The Inside Scoop,” a syndicated talk-radio program, and has previously worked as a legislative counsel to former Rep. Barney Frank (D-Mass.). He also has worked as a corporate trial attorney, teacher and “Nazi hunter” for the U.S. Department of Justice.

“All the people I’m running against are good Democrats, but they’re going to walk in there, cast a vote along party lines, we’ll lose [234-201] and it’ll be business as usual, back to dysfunction,” Levine told ARLnow.com. “Politics could use a lot more forceful advocacy. What I’ve done on the radio is I’ve shown how we can use discussion, rhetoric and talk to change the entire debate and not just lock our heads and vote.”

Levine filed for the race today, he said, hoping to use the seat to promote his platform of universal healthcare, expanding Social Security and Medicare, and protecting women’s rights and voting rights, among others.

“I don’t believe there’s a single federal issue of any importance that I haven’t dealt with,” he said. He’s gone on TV hundreds of times — including frequently on Fox News shows like “The O’Reilly Factor” — to defend his positions, carrying a copy of the U.S. Constitution in his pocket.

Levine said his time as a “Nazi hunter” came during the summer of 1990 when he was in law school, working for the Office of Special Investigations tracking down Nazi war criminals who had lied on official documents to gain entry into the country and earn citizenship. He said he personally built cases that allowed the DOJ to deport two Nazis.

Levine lives in Alexandria, where he moved in 2001 after he was hired by the Congressional Black Caucus to build the congressional challenge to the 2000 presidential election.

“I’m a true believer,” he said. “I believe in America, I believe in the constitution. I really firmly believe in this stuff. If that’s what people want, they can elect me.”