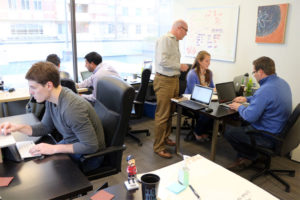 Steven Woda is the founder of buySAFE, a company pioneered online shopping security when it was founded in 2000. He and his brother, co-founder Tim Woda, considered themselves experts in Internet safety. Until 2008.

That year, Tim’s son, a 14-year-old lacrosse player, was pursued through social networks by a child predator who had molested dozens of children before he was eventually arrested.

That incident was why, after selling buySAFE in 2009, Steven Woda founded uKnow with the stated mission of “powering smart tools to protect and connect digital families.” 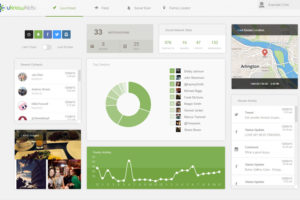 uKnow provides comprehensive support for parents who are hoping to protect their children — and themselves — against the dangers of the Internet. Its flagship product, uKnowKids, allows parents to monitor their children’s activity on their smartphones and social media to engage with their children at the level parents of previous generations did.

“When I was a kid, kids would have to knock on the door or call the house and ask ‘can Steve come out to play?'” Woda said from his space in ÜberOffices in Rosslyn. “Now, kids get a text, hop down the stairs, say ‘I’m going out,’ and the parents have no idea what is going on.”

Among the ways uKnowKids operates is pulling data from the cloud; even if a child has web aliases, uKnow can “crawl the deep web” and search for similarities to find those profiles. Parents can install the uKnow app on their children’s phones and monitor trends in texting — if their child is texting one person 70 percent of the time one month and stops texting them the next, the parent can know if something is wrong.

Just as important as their technological tools is uKnow’s efforts to educate parents. Woda says uKnow writes articles daily about the technology market, new trends in what kids are doing online and parenting advice. 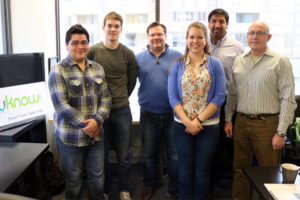 “Most parents don’t understand what the issues actually are,” Woda said. “Parents really want to know what the difference is between Vine and Snapchat, for example. They want to know how their kids are using it and who they’re talking to. We can tell them who the top 10 people are in their child’s digital world. It’s a way to engage your kids, and what parents want most is to be involved.”

uKnow has a team of 12 working out of two different spaces in ÜberOffices. Whereas buySAFE was founded with lots of venture money — and was sold for $30 million, which is when Woda left — uKnow took a different strategy. The company was close to bootstrapped, raising just enough capital to survive leanly every month.

“We wanted to be disciplined and slim before we had a complete business model,” Woda said. “Now, I know what my model looks like, and that’s something that investors like.”

It took almost three years between when uKnow was founded and when it first went to market in early 2012. In the nearly five years uKnow has existed, Woda has raised about $2.5 million, Woda said. He’s considering consolidating back down to one office since he says the company still has the mentality of “seeing if there’s enough money to make it through the month.” 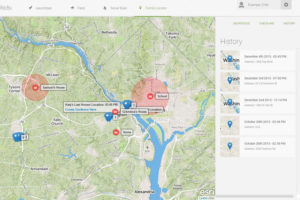 The company is generating significant revenue, however. The direct-to-consumer products are offered as a 30-day free trial before having the option of a $10-per-month subscription or a stripped-down free version. uKnow also powers the family safety product for Comcast and “white labels” its technology for other companies, meaning the companies use the technology and it’s not under uKnow’s brand.

Woda and his team are currently eyeing a round of Series B fundraising, hoping to raise between $4-6 million. Woda said some of the companies with whom they partner have inquired about buying uKnow, which he said he’s considering. No matter what, Woda sees huge potential with his latest startup.

“We’re trying to build a $100 million a year company,” he said. “The problem is huge and it’s only getting bigger. The market is huge… Right now, 25 percent of 9-year-olds have a phone… Our mission is to make sure no child in America goes through what my nephew did.”