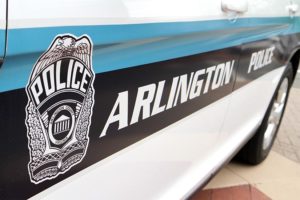 Police originally warned of the scam last month. It involves a caller claiming to be from the police department or Sheriff’s Office, demanding payment of a fine for failure to appear for jury duty. Police say the scammer threatens to arrest the victim unless they’re paid with Green Dot MoneyPak cards.

The Arlington County Police Department, along with Sheriff’s Office, are reminding residents of phone scams occurring across Arlington that involve a transaction using a Green Dot MoneyPak.

Recently, victims have received phone calls from an individual(s) claiming to be a Lieutenant with the Police Department or Sheriff’s Office and accusing them of failing to appear for jury duty. The subject claims a warrant for their arrest would be issued unless fines are paid immediately through MoneyPak cards. Additional claims of these scam artists have included falsely representing the Arlington County Police Department’s Warrant Services Division and even name current judicial officials during the conversation.

The Arlington County Police Department and Sheriff’s Office continue to urge residents upon receiving a call of this nature, to immediately hang up with the caller and verify the claim by calling the Arlington County Sheriff’s Office at 703.228.4460. Never use a phone number provided to you from the caller to verify their credibility. It is also important to note, that under no circumstance would an Arlington County Office require a financial payment via a MoneyPak card. This tactic only allows money to be transferred to an account without using identification.

After making a verification call, if you find that you were a victim of a scam or were a target, please file an online police report at http://www.arlingtonva.us/departments/police/incident/new/start-report.html or call the non emergency police line at 703.558.2222.

The missed jury duty scam is just the latest approach these criminals are taking. Past scams have included individuals claiming to be from utility companies collecting for past due bills, tax collection agencies for unpaid taxes and lottery officials claiming residents have won money. You can assist law enforcement agencies by spreading the word about these scams so that neighbors and/or family members don’t become victims.