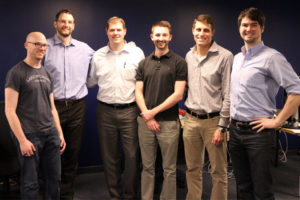 Every worker, from entry-level to executive, in a small, medium or large company has had to deal with a performance review. To many, they include an exchange that is far from comfortable or transparent. For others, the reviews simply get lost in the shuffle.

Ben Hastings had worked for years as a management consultant and continued to see a divide between human resource practices, management techniques and supportive technology. At the end of 2012, he launched PerformYard, a technology-driven management company to try to close that divide.

“In every business I’ve worked with, there was this gap between what executives and management understand about who’s doing well and what the employees see,” Hastings told ARLnow.com. “There was this feedback gap. It was all tied to a stodgy annual review process. I really wanted to solve that problem.”

Hastings recruited his co-founder, John Malpass, to join him a month after he struck out on his own. The company was fueled early on by their “joint desire to build a software company that drives year-round engagement.” 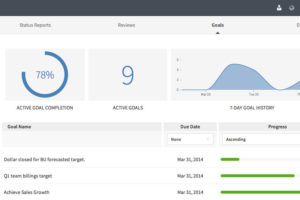 Hastings said PerformYard, which is headquartered in The Ground Floor in Rosslyn, takes HR and eliminates it as a separate entity from operations. Progress reports on employees are consistently filed and updated automatically. Employees documents, payment info and title updates are all woven into the same system, and it leaves space for direct feedback.

The component of PerformYard that Hastings is most excited about hasn’t even launched yet: a strategy execution platform. Hastings said it launches in two months.

“Every time an executive looks how they’re doing, to evaluate his or her performance, they’re looking at a database,” Hastings said. “We’re going to tie corporate objectives to what people do every day. There’s nothing that really does that in the market now.”

Hastings said a tool like that can — and will — be sold directly to executives, instead of sold to the HR division and approved by a CEO. After the product launches, PerformYard hopes to sign “a couple hundred” clients by the end of the year. 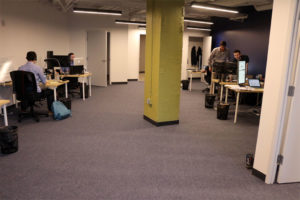 Hastings didn’t just choose the convergence of human resources and technology as the industry for his startup because of his experience; in fact, he may have chosen it despite his experience. He said he wanted to choose a market where his company “could massively disrupt huge incumbents.”

In fact, to ensure that the company would be viable long-term, he deliberately avoided using contacts in his network as investors or clients early in the company’s growth.

“We want to scale this business to thousands of customers,” Hastings said. “That needed to be done outside of my network. I wanted to build something I could sell to people I don’t know for 10 years. That was my goal.”

For that same reason, Hastings said he’s avoided a major round of financing. He described the company as “basically bootstrapped,” having self-funded the company for a year after launching and having raised just under $1 million since.

It’s difficult for Hastings to continue thinking small when his ambitions are so large. Despite the fact that one of PerformYard’s linchpin products has not yet launched, he thinks his business has universal appeal because it’s “taking well-known business processes and executing them in a way that’s simple and easy.”

“In five years, I’d love to see our company with eight-figure revenues,” he said. “The goal is to continue growing more than 100 percent a year like we’ve done… I want us to be more than $10 million in annual revenue and still growing. Then we’ll be able to really chart our own growth.”

END_OF_DOCUMENT_TOKEN_TO_BE_REPLACED

More Stories
County Board Candidate: Opponents Will ‘Burn in Hell’National Volunteer Week Honors Those Who Give Back