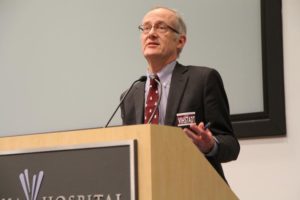 The two leading candidates for the vacant seat on the Arlington County Board are essentially even in fundraising with less than a week before the April 8 special election.

Democrat Alan Howze raised $84,984 in the first quarter of 2014, which ended March 28, according to the Virginia Public Access Project, which tracks campaign financing in the state. Republican- and Green-endorsed independent candidate John Vihstadt raised $84,154. However, if the candidates want to go on a spending spree in the final week, Vihstadt has $20,379 in cash on hand, compared to Howze’s $5,170.

Howze’s top donor since his campaign began — shortly after Election Day 2013 when longtime Board Member Chris Zimmerman announced his plans to retire — has been real estate broker Bob Adamson, who has given $2,944, more than the $2,000 Howze’s campaign has gotten from Jay Fisette’s 2012 campaign fund, attorney Christopher Shiplett, and the Baltimore Washington Construction & Public Employees Laborers PAC, which gave its $2,000 yesterday.

Independent candidate Stephen Holbrook — who suggested that those who vote for Howze and Vihstadt will “go to hell” — has not filed any campaign finance records, while Independent Green candidate Janet Murphy has not disclosed any donations.