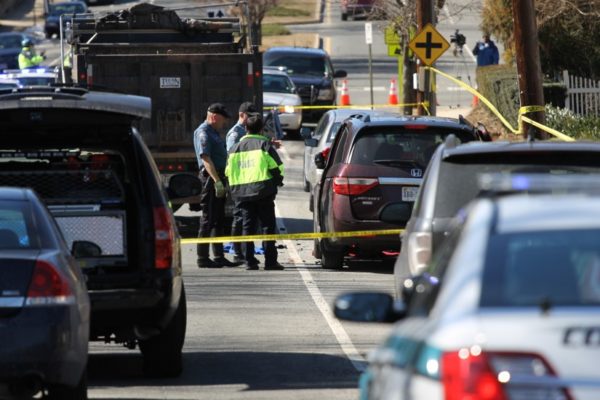 Arlington County Police are closing the investigation into the fatal pedestrian crash that occurred in front of Nottingham Elementary School on Feb. 24.

After a month-and-a-half accident investigation, police have charged 33-year-old Manassas resident Marvin Valladres with “failure to pay full time and attention,” a traffic infraction. He will not face more serious criminal charges, like negligence or involuntary manslaughter.

Valladres had just left a nearby construction site and was driving his dump truck down N. Little Falls Road around 11:30 a.m. when a passenger side step caught the open rear sliding door on 39-year-old Jennifer Lawson’s minivan, according to investigators. Lawson had just finished putting her young child in a car seat and was standing next to the driver’s side door when the truck drove by, ripping the sliding door off the minivan and fatally injuring her, police said.

Following the crash, neighbors in the Williamsburg neighborhood held a community meeting, with many calling for answers and accountability. Investigators, however, believe this is a case of a tragic accident.