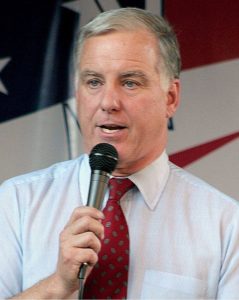 Dean is scheduled to attend a “spring picnic” for Beyer at the Overlee Community Association clubhouse (6020 Lee Highway) from 6:30-8:00 p.m. The event is free but RSVPs are requested.

Dean is one of two nationally-known Democrats who have endorsed Beyer, a former lieutenant governor of Virginia and U.S. ambassador. Over the weekend Beyer’s campaign announced that he had received the endorsement of former New Mexico Governor Bill Richardson.

Beyer is among a field of 10 Democrats seeking the party’s nomination in the race to replace the retiring Rep. Jim Moran.

Photo by Matt Wright via Wikipedia