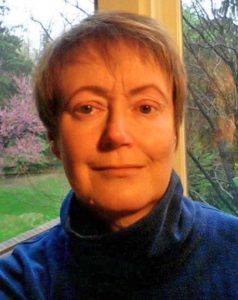 Meanwhile, we continue to wait for Republicans in the House of Delegates in Richmond to show that they are ready to get serious about passing a responsible budget.

The House has rejected Governor McAuliffe’s budget and refused to consider the Virginia Senate’s bipartisan budget because both include a plan for expanding Medicaid — through a private marketplace mechanism at no extra cost to state taxpayers.

Indeed, Medicaid expansion would return to Virginia approximately $5 million per day in taxes already paid by Virginians to the federal government — taxes paid disproportionately by Arlingtonians and other Northern Virginians.

Instead, Virginia’s federal tax dollars are being diverted to pay for Medicaid expansion in OTHER states, while in Arlington, as elsewhere in Virginia, the burden falls on local governments and health care facilities – hospitals emergency rooms and public clinics – to provide health care for poor and uninsured Virginians in some of the costliest ways of doing so and without money and cost control programs the federal government provides to states expanding Medicaid.

It gets worse. Apparently not concerned about the harmful effects of the federal government shutdown last year, the Virginia House Republicans are following a strategy that could lead to a shutdown of state services in Arlington and across Virginia when the fiscal year ends on June 30.

Arlingtonians will be harmed directly and indirectly by the House’s refusal to negotiate. Those not currently covered by Medicaid with incomes less than the federal poverty level ($11,670 for a single adult in 2014, or $23,850 for a family of four) will not have access to affordable health coverage, including subsidies for private insurance provided by the ACA to higher income working poor, and will continue relying on emergency rooms and public clinics for health care. They will also remain at risk of losing everything they have in the event of a serious illness or injury. And insured Arlingtonians pay higher health care costs when our hospitals and clinics meet their requirement to care for the uninsured by spreading the costs to those who can afford to pay through insurance or out of pocket payments..

Under the private marketplace plan proposed by Governor McAuliffe and the Senate, health care coverage would be extended to Virginians earning up to 133 percent of the federal poverty level at the exclusive expense of the federal government. Virginia’s share of the expense for this coverage would increase to 10% over an eight-year period, but Virginia can opt out of the system at any time if the benefits to the Commonwealth’s economy, resulting growth in jobs, improved health of low-income Virginians, and lower overall health care cost increases for all Virginians forecast by numerous nonpartisan groups are insufficient to justify the program.

Without Medicaid expansion, Virginia and Arlington will still have to adjust to other ACA changes designed to pay for expansion such as cutbacks in federal funding of states’ uncompensated care programs. They take effect with or without expansion of a state’s Medicaid program. The $5 million in daily federal revenues being rejected by House Republicans would cover these costs, provide Medicaid coverage to 210,000 more Virginians, AND allow Virginia to support pre-kindergarten, schools, pay raises for teachers, our mental health system, and extended line of duty funding for first responders and their families.

Arlingtonians have elected state Delegates and Senators who strongly support Medicaid expansion and have led the debate in supporting this goal. Arlington also voted by a wide margin for Governor McAuliffe, who made Medicaid expansion the centerpiece of his campaign and has worked tirelessly to make it happen.

The decision by Virginia House Republicans to indulge their antipathy toward “Obamacare” by making choices that hurt Arlington and other Virginians is not leadership and is certainly not fiscally responsible.

Terry Savela has resided in Arlington for the past 29 years and has served on numerous County advisory groups. Professionally, she is a federal and state health policy consultant who has specialized in Medicaid.

More Stories
Va. Square Extended Stay Hotel to Become CondominiumsThe Right Note: Making It Up As They Go Along