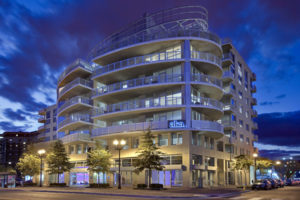 AKA Virginia Square, an extended-stay hotel at 3409 Wilson Blvd, will be closing later this month and will undergo a renovation in order to be converted into condominiums.

The building was sold recently, according to an AKA employee, and the hotel is no longer taking reservations as it prepares to close.

Attempts to reach AKA representatives who could further discuss the sale were unsuccessful. The hotel was constructed within the last 10 years and, we’re told, it was originally intended to be a condominium building. So far, there’s no word on when the building will re-open or start selling units.