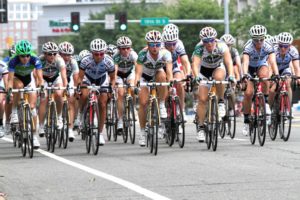 Parts of Wilson, Clarendon and Washington Boulevards in Clarendon will be closed most of the day Saturday for the Air Force Association Cycling Classic.

Roads will close starting at 4:30 a.m. Saturday and re-open at 5:00 p.m. to accommodate the Clarendon Cup portion of the Cycling Classic, which also features races in Crystal City and along Route 110 on Sunday.

Registration is closed for the Cycling Classic, which is part of USA Cycling’s National Criterium Calendar, but spectators are invited to watch and visit booths at the expo on Clarendon Blvd. The Clarendon Cup, according to the Cycling Classic’s website, is “known as one of the most difficult criterium races in the U.S. due to technical demands of the course and the quality of the participants.”