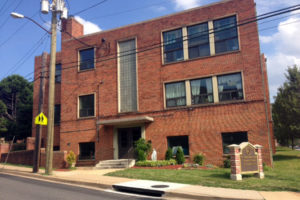 The Rev. Horace “Tuck” Grinnell, who has served as the pastor for St. Charles Borromeo Catholic Church in Virginia Square since 2010, has been transferred out of Arlington in the aftermath of the church’s impending school closing.

Grinnell sent a letter to his parishioners in the church’s June newsletter announcing he would be transferring to a church in Rappahannock County, Va., but he said the decision was made by Arlington Diocese Bishop Paul Loverde without his consent.

“The alleged reason the Bishop gave for my transfer — against my will — was that I was not a sufficient supporter of Catholic education,” Grinnell wrote. “This is untrue, as I demonstrated to him and his advisors. I have been pastor of Parishes with Catholic schools for the past 28 years and in every parish I have been in I have worked to support and increase the enrollment of each school… Both the Bishop and the Superintendent of Catholic schools not only signed off on, but were in agreement to, the closing of the school.”

The school announced it would be closing its K-8 school in January due to a lack of enrollment. In the school’s announcement, Grinnell said a private school needed to operate at 90 percent capacity to remain viable, but the 117 students this school year only brought the school to 57 percent capacity. “No Catholic school can survive with such low numbers,” he wrote at the time.

The church announced it would restructure the school as an early childhood center, in a letter to parents given to children in their backpacks. Some parents said the closure was announced too abruptly, without allowing its community to have any input.

“[F]or things to end this way is unacceptable and disrespectful,” A parent, Kayleen Fitzgerald, wrote in a letter to ARLnow.com in January. “We were never afforded the respect and dignity to be invited into the process. We were never given financial information or analyses. We were never notified of the warnings that were apparently delivered from the Diocese to the school. We were never rallied and given a goal to try to attain. We were never given a chance to go down swinging.”

The Catholic Diocese of Arlington declined to comment on why Grinnell was transferred, saying “Bishop Loverde is attending the USCCB Spring General Assembly, and it is the policy of the Diocese of Arlington not to discuss personnel matters,” through its spokesman, Michael Donohue.

Grinnell went on to say he believed the decision to transfer him to a church more than 80 miles away was not justified based on how he handled church operations.

“They wanted me out of the parish,” he said. “In the end, I truly believe that this transfer was ‘personal’ and not ‘business’… I love you, the people of St. Charles, and I will miss you! I had hoped to continue to minister here until I turned 75 in eight years. It is not to be. As one of my uncles used to say, ‘paybacks are hell!'”