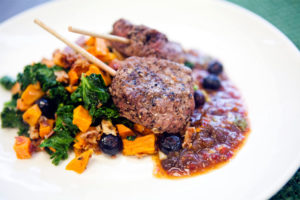 As the craze surrounding Crossfit and the Paleo diet has grown over the past handful of years, so have the businesses that support those trying to maintain that lifestyle. One such business is Power Supply, a food company that takes chef-made meals and delivers them to gyms around the D.C. area.

In late 2010, Power Supply was born after founder Patrick Smith and co-owner Robert Morton had started trying Crossfit and the Paleo diet, each having major success, but getting frustrated with the limitations on the food available to them.

“Eating really well is some combination of super boring, very difficult or very time consuming, or often all three,” Morton told ARLnow.com. “Patrick found that doing the cooking to a different diet compliance was tough, and being the three-time entrepreneur that he is, he set about thinking, ‘How could I make this easier?'”

Smith had already founded software companies called Assist Match and Market Hardware, the latter of which he sold, before taking up his new diet and exercise regime. When Smith, an Arlington resident, found his next venture idea, he paired up with a private chef named Rachelle Slotnick, owner of the former Little City Gourmet in East Falls Church. He then started taking orders in advance and delivering them to his home gym, Trident Crossfit in Alexandria. 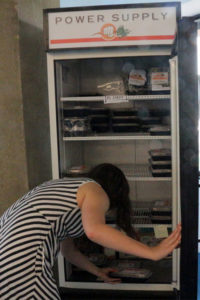 Soon, Smith was selling meals in Patriot Crossfit on Lee Highway in Arlington while Slotnick was growing the menu. Today, Power Supply is in more than 75 gyms in the D.C. area, Morton said, and has a network of seven chefs preparing not only Paleo meals, but also vegetarian and “mixitarian,” which is vegetables and meat like the Paleo diet, but mixes in some grains and legumes. A year ago, Power Supply merged with Mindful Chef, which connected chefs with yoga and pilates studios, and now runs Power Supply’s chef network.

“[Smith] figured that there was a real combination with food that tastes really good, is healthy for people to eat and is convenient for people to pick up,” Morton said. “What’s been most interesting to us is we started from Crossfit and Paleo, and they are both ideas and ways of eating and moving differently, but we’ve already said we don’t want to be confined by that. What’s been exciting for us is the expansion in the food that we’re offering and, with it, the audience has expanded.”

Among the meal choices Power Supply offers is steak skewers with a kale, sweet potato, bacon and blueberry salad — which Morton said was wildly popular — spaghetti squash with andouille sausage sauce and Cuban pulled pork with cabbage slaw and guava sauce. The standard meal size — a 5-ounce cooked protein and a roughly 16-ounce meal — costs $12.50 per meal. Paleo eaters can get a smaller meal for $9.50 or a larger one for $15.50.

Customers can order meals online the week in advance (the orders close on Thursday night) and pick them up at their local gym on Mondays and/or Thursdays. Among the Arlington gyms that participate are Potomac Crossfit in Courthouse, Mind the Mat pilates and yoga studio in Clarendon and Energy Club in Shirlington.

“What’s been most interesting and helpful is [the gyms] are activated communities where people are getting together to do move differently and eat differently,” Morton said. “It’s hard, it’s fun, in places like Crossfit and yoga and pilates, more and more people are not what the typical image looks like. There’s a positive community element in places where people are succeeding where they haven’t before.” 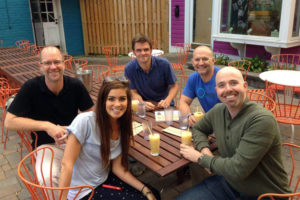 Morton joined the team full-time in 2012 and the company has grown continuously. Now, they are one of the companies in the Crystal Tech Fund in Crystal City — a combination co-working space and investment fund — and they have eight full-time staffers.

(Crystal Tech Fund was one part of Power Supply’s first round of investment, the figures for which weren’t disclosed.)

Morton said the next step is expansion. Power Supply is looking at communities outside of gyms, like large, wellness-focused companies, as delivery locations, and they are beginning to look at other markets.

“We’ve got a hunch that says there’s this combination of underutilized chefs and underserved eaters in a lot of major metro areas, so our job is to connect those two groups,” he said. “We’re looking at cities where there are people focused on eating and moving differently and a network of food creators who are making great food that can be applied to this audience.”

Morton said that phase of expansion, fueled by the latest round of investment, could come by the end of this year. Whenever, and however, Power Supply grows, Morton said it will still stay true to its roots: helping people eat healthier in an easier way.

“If I can help some people eat from the outer ring of the grocery store and less from the middle where the processed things tend to be, then great,” Morton said. “If we can help with that, we think we’re helping people out.”