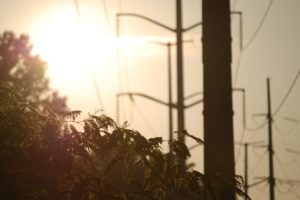 (Updated at 7:05 p.m.) Nearly 700 Dominion customers are currently without power in Arlington.

The outages are centered around Rosslyn and parts of Columbia Pike, according to Dominion’s outage map. An “Arlington Alert” message suggested the Pike power outage is due to “equipment failure.”

The utility is hoping to have electricity restored no later than 11:00 p.m.