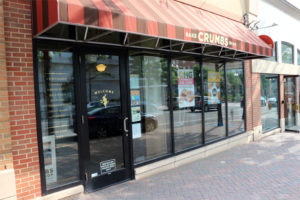 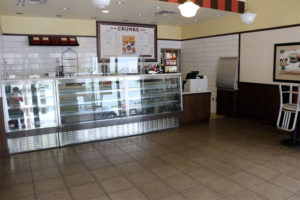 The Crumbs Bake Shop in Clarendon (2839 Clarendon Blvd) has closed, along with all other Crumbs locations nationwide.

The New York City-based cupcake and pastry chain opened its Clarendon location in late December 2010 and gave away 1,000 cupcakes a few days later to celebrate its grand opening. The location was the only one in Arlington; Crumbs also operated three locations in the District and one in Tysons Corner.

According to Business Insider, Crumbs went public in 2011, but began losing money soon after as the cupcake craze cooled down and sales of its large, nearly $5 cupcakes flagged.

Crumbs had begun closing some of its locations last year, but announced a company-wide store closure and a planned Chapter 7 bankruptcy liquidation filing yesterday afternoon.

“Regrettably Crumbs has been forced to cease operations and is immediately attending to the dislocation of its employees while it evaluates its limited remaining options,” the company said in a statement.