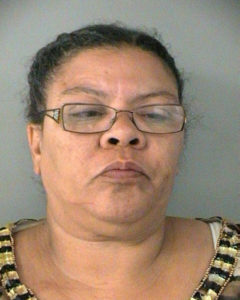 A 55-year-old Arlington woman is in jail after allegedly stabbing another woman in the neck and arm.

The incident happened on the 3200 block of 24th Street S. in Nauck early Wednesday morning. Police say Janie Dunbar was “celebrating her [July 29] birthday and consuming alcoholic beverages” just past midnight when she began arguing with the victim.

Dunbar became enraged and stabbed the woman just below the throat and in the left bicep, according to Arlington County Police spokesman Dustin Sternbeck. The victim suffered serious but non-life threatening injuries and was rushed to the trauma center at Inova Fairfax Hospital.

Dunbar has been charged with malicious wounding. She’s scheduled for a preliminary court hearing on Aug. 25.