Wood, Jr. was one of three people arrested last year in the murder-for-hire case. Mack L. Wood was found dead in his Arlington home in October 2012 from what first appeared to be an accident. However, an investigation by the Arlington County Police Department and the Henrico County Police Department uncovered evidence leading to the arrests of Wood, Jr., as well as Jean Caleb Pierre and Sapien Edmonds. All three men lived in Henrico, VA.

Prosecution documents state Wood, Jr. agreed to pay Pierre and Edmonds $25,000 each to kill his terminally ill father. The three began conspiring in April 2012, according to prosecutors, and made a failed attempt to kill Wood in July 2012. They kept in contact and came up with a new plan, which they successfully carried out in October 2012 when prosecutors say Edmonds beat and strangled Wood. Edmonds reportedly then positioned the body to appear as if the victim died from a fall down the stairs. 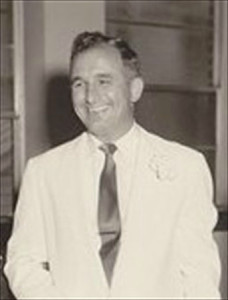 “It was horribly tragic for the Wood family. Mr. Wood was 87 years old and his wife had died a number of years earlier. They had adopted both of their children. He gave Mack Wood, Jr. his name, and they raised and provided a very good home for them,” assistant commonwealth’s attorney Andrew Parker told ARLnow.com. “Mr. Wood lived by himself and had been diagnosed months earlier with terminal cancer and was very ill. But because of these three men, he died at the hands of a stranger in his own home, by himself.”

Judge Fiore sentenced Wood, Jr. to life in prison for capital murder and an extra 20 years for the charge of conspiracy to commit murder. He is not eligible for parole under Virginia law.

Pierre and Edmonds both are waiting for their sentencing. As part of a plea deal, they agreed to provide information to authorities and therefore will be sentenced for first degree murder instead of capital murder. That means they will receive prison time, but not a death sentence.

Wood, Jr. has claimed his father abused him, but prosecutors have not been able to find any evidence to corroborate the claims. Evidence indicates Wood, Jr.’s motive was to inherit his father’s money. Wood, Jr. told Pierre he forged his father’s name on a contract to sell timber on land his father owned, and that he had received money from the sale. Wood, Jr. said he was afraid his father would reduce or eliminate his inheritance when he found out about the forged contract.

During Tuesday’s hearing, Wood, Jr. gave a lengthy statement. Part of his statement involved apologizing to his sister, Laura Kopack. She read her own statement, in which she explained what a blow this was to her and the family.