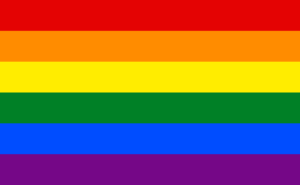 (Updated at 3:25 p.m.) Same-sex marriages could begin next week in Arlington and the rest of Virginia, following this afternoon’s decision by the 4th U.S. Circuit Court of Appeals in Richmond not to delay its ruling striking down the state’s same-sex marriage ban.

“Throughout this process, we have fought for the principle of equality, moving the case forward in a swift and orderly way. That is why I have asked the Supreme Court to review the case to quickly and definitively resolve the issue for the Commonwealth and all the states,” said Herring in a written statement. “No one anticipated we would be this close this quickly to the day when all Virginians have the right to marry the person they love. That will be a historic day for our Commonwealth and a joyous day for thousands of loving couples.”

Arlington’s Clerk of the Circuit Court is prepared to issue licenses starting on Wednesday.

“If the Supreme Court of the United States does not intervene, the 4th Circuit decision stands and Arlington would issue marriage licenses to same-sex couples,” Arlington County Clerk of the Circuit Court Paul Ferguson told ARLnow.com today.

When asked last month how his office would handle a possible influx of same-sex marriage applications, Ferguson said he and his staff “will do our best to accommodate applicants in a timely manner.”

Last month, the court ruled that Virginia’s ban on same-sex marriages is unconstitutional.