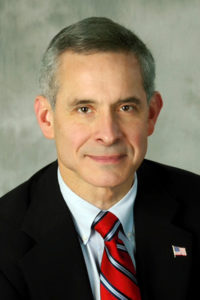 This month, we asked the candidates for the House of Delegates 48th District special election to write a sub-750 word essay describing why Arlington residents should vote for them on Aug. 19.

I have demonstrated as a two-term chairman of the Arlington School Board and President of the state board of education that my problem-solving, consensus-building style gets results for our citizens. We need effective bipartisan representation in Richmond to address the Arlington streetcar, Medicaid, schools, the state’s economy, and the many other pressing issues we face. I will be that voice for the citizens of the 48th District.

I have been married for 33 years to Martha Tyahla Foster, of McLean. Our two children attended Arlington and Fairfax public schools and graduated from Virginia universities. I was President of the Arlington County Civic Federation and involved in numerous other community nonprofits, advisory committees, and PTA’s. It is my concern for the welfare of our community that led me to seek the office of Arlington School Board and the same concern motivates me to seek the office of House of Delegates.

I am concerned, as you are, about having a balanced, rational approach to transportation issues in our area. Unlike my opponent, I oppose the Arlington Streetcar proposal because it is neither practical nor affordable and will consume up to $164 million in state transportation funds that could be better used elsewhere. Roads and Metro, schools and tax relief are far more important to Northern Virginians than this ill-considered project, which will not only require an initial investment of over $500 million but also an annual operating subsidy of several million dollars. If elected, I will introduce legislation to create a public referendum on the streetcar proposal so that taxpayers can have a voice in this decision just as they do on local bond proposals.

As a two-term Chairman of the Arlington School Board and former President of the Virginia Board of Education, I have worked for lower class sizes, improved school safety, enhanced foreign language offerings (Mandarin and Arabic), Virginia’s “No Child Left Behind” waiver, improved Standards of Learning (SOLs), and many other shared priorities. I would like to continue to my work to strengthen our public schools as your Delegate in Richmond. We must protect the cost-of-competing adjustment to state funding that recognizes the higher cost of providing high-quality education in Northern Virginia. We should also give our school boards increased local control over public school calendars and budgets. I know from leading both the Arlington School Board and the state board how critical adequate funding and local decision making are to our schools.

We must once again make Virginia the best place to start, expand, or relocate a business. I will protect our right to work law and oppose mandatory project agreements of the kind that almost derailed the Silver Line Metrorail. I will also resist the imposition of costly and unwarranted state regulatory mandates that duplicate federal mandates. Building upon the transportation package passed by the last General Assembly, with a focus on projects that reduce congestion, improve safety, and spur economic development, is also a priority.

Because I am the most experienced and effective candidate, I ask for your vote on August 19th.

END_OF_DOCUMENT_TOKEN_TO_BE_REPLACED

More Stories
Red Light Camera Revenue Falls in ArlingtonRip Sullivan: Why You Should Vote for Me