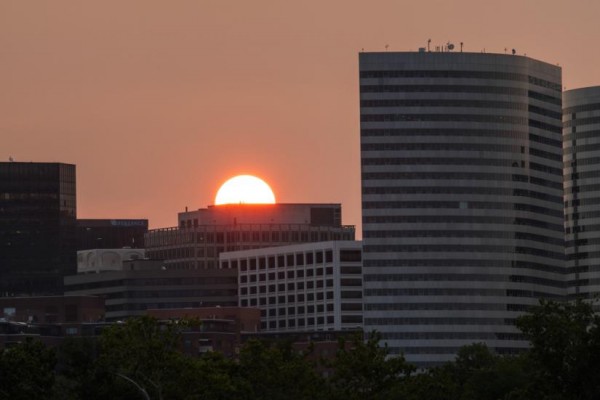 Arlington Resident Acquitted of Murder — Christopher Deedy, a State Department special agent from Arlington, has been acquitted of murder after a second trial in Hawaii. Deedy maintained that he acted in self-defense when he shot and killed a Hawaiian man in a Waikiki McDonald’s in 2011. [Associated Press]

Disgraced Principal Almost Took APS Job — Robin Toogood II resigned as an elementary school principal in Manassas City this summer following accusations that he exaggerated the credentials in his resume. Two years ago, Toogood was hired to be principal at Arlington’s Drew Model School, but his offer was rescinded when a group of parents “did basic Internet searches that brought up discrepancies in his record.” [Washington Post]

Educational Associations Endorse Sullivan — The Virginia Educational Association, along with the Arlington and Fairfax education associations, have endorsed Democrat Rip Sullivan in 48th District House of Delegates special election. “As the proud parent of four public school graduates, and as a graduate of our public school system myself, I understand the critical role education plays in developing a diverse economy and in developing our future leaders,” Sullivan said in a statement. [Rip Sullivan for Delegate]

Sullivan Faced Discrimination Lawsuit — Republicans are pouncing on Democratic House of Delegates candidate Rip Sullivan over his role in a lawsuit against his D.C. law firm, Reed Smith. Sullivan was the supervisor of an associate at the firm who sued alleging wrongful termination and disability discrimination. “Recent revelations show that while Rip Sullivan talks about equal rights in the work place and treating women with respect and fairness — his actions and an employment lawsuit prove otherwise,” said Arlington GOP Chairman Matt Wavro, in a statement. [Bearing Drift]