Handsome Family, the band behind the theme for the hit HBO show “True Detective,” will be playing Iota Club and Cafe (2832 Wilson Blvd) in Clarendon later this month. 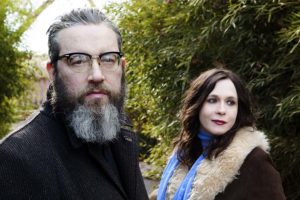 Playing a genre described as alternative country and “Gothic Americana,” Handsome Family is made up of husband-and-wife duo Brett Sparks and Rennie Sparks. The Sparks together play guitar, banjo, bass and ukulele in addition to providing vocals.

The New Mexico-based band is scheduled to headline a show at Iota on Thursday, Aug. 28, starting at 8:30 p.m. Tickets are $15, available only at the door on the day of the show.