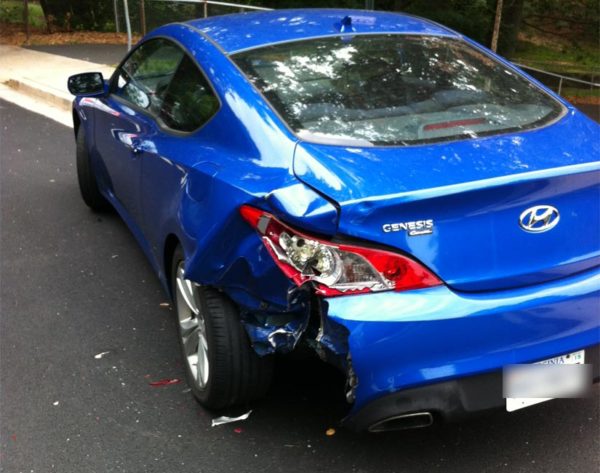 (Updated at 2:45 p.m. on 12/23/21) A drunk and naked man on a motorcycle crashed into two cars and ran into the woods in the Arlington Village area Friday night, according to a police report.

The incident happened just before 9:30 p.m. on Aug. 15. The nude biker struck two cars on the 1600 block of S. Barton Street, near Columbia Pike, before fleeing on foot into a wooded area, according to the Arlington County Police Department.

Arlington resident Roland [Redacted], 42, was located by officers a short distance from the scene — residents told ARLnow.com he was found on S. Edgewood Street — and taken into custody. He was transported to Inova Fairfax Hospital for treatment of non-life-threatening injuries before being locked up at the Arlington County jail, police said.

[Redacted] has been charged with felony hit and run, indecent exposure, DUI, unauthorized use of a motor vehicle and driving while revoked.

This is the second time this summer an alleged naked and intoxicated driver crashed a vehicle in Arlington and tried to flee. In June, a bar crawl attendee in Clarendon was accused of stripping naked and leading police on a brief car chase that ended with a wreck on Wilson Blvd.