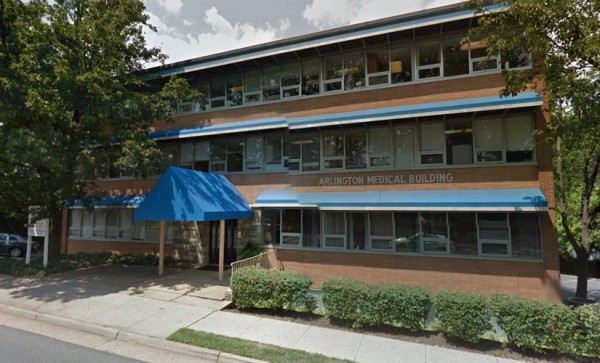 Dr. Derron McRae Simon, who ran the WithinMe MD medical clinic at 5275 Lee Hwy in Arlington, has been indicted on charges that he ran an oxycodone distribution ring.

Starting in February 2013, federal prosecutors say Simon and five co-conspirators wrote, filled and sold fraudulent prescriptions for more than 11,000 oxycodone pills and “other controlled substances.” The pills had a total value of nearly $750,000 and Simon sold the prescriptions for between $500 and $1,000, according to prosecutors.

“Simon allegedly wrote and sold hundreds of prescriptions for oxycodone and other controlled substances, despite knowing that the individuals in whose names the prescriptions were written were abusing, misusing, distributing, and/or selling the drugs,” according to a press release. “Simon allegedly had never met many of these purported patients, and he also wrote prescriptions in the names of his five co-conspirators, as well as friends, relatives, and fictitious individuals.”

“According to the indictment, Simon directed Escobar, a receptionist and medical assistant at Simon’s practice, to confirm calls from pharmacists seeking to verify his oxycodone prescriptions,” the press release said. “Simon also allegedly directed Escobar to create fraudulent patient history forms and medical records to make it appear that these individuals were actually legitimate patients.”

Yelp reviews for the WithinMe clinic — which specialized in weight loss and hormone therapy — were not complimentary, especially after the clinic closed.

“I think they went out of business,” one reviewer said. “I have no idea what is going on. No one is answering the phones and the vm is full without even an answering machine introduction”

“If I could give no stars I would,” said another reviewer. “I purchased a groupon and had an appointment on June 23rd – I still have not recieved [sic] the B-12 shots.”