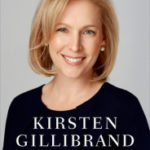 In her new book, “Off The Sidelines,” which is due out today, Gillibrand recounts her move from New York to the D.C. area — to Arlington, specifically — when she was first elected to the House of Representatives. It was a move Gillibrand would come to regret.

Our move to Washington was hard — on me and my marriage. I had a new job; [my husband] Jonathan didn’t; and we were trying to find our legs with a toddler in a new city. We started having the same argument over and over. I’d say, “What’s wrong?”

Jonathan would say, “I have no job and I hate D.C.”

I appreciated Jonathan’s viewpoint. We lived in a soulless suburb. It wasn’t the right place for us, and we needed a change. I could see that, but it took me at least a year to figure out that racing 100 miles an hour to do my job well was leaving no time for us… Eventually we moved from Arlington, Virginia, to Capitol Hill, and Jonathan found a job he liked.