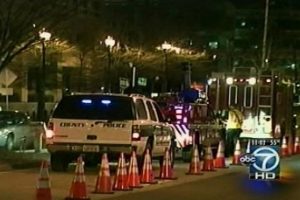 The Arlington County Police Department is planning to conduct a sobriety checkpoint somewhere in the county Friday night.

The police department does not announce the location of DUI checkpoints in advance, but often targets arterial routes used by those coming from restaurants and bars.

“This enforcement effort is in support of [a] national crackdown program on drunk driving that focuses on combining high-visibility enforcement with heightened public awareness through advertising and publicity,” ACPD said in a press release.

“Officers will stop all vehicles passing through the checkpoint and ask to see the licenses of drivers,” the press release continued. “Any driver suspected of operating a vehicle while under the influence of drugs or alcohol will be directed to a safe area off the roadway for further observation and possible testing for intoxication. The maximum penalty in Virginia for the first conviction for driving under the influence is 12 months in jail, a $2,500 fine and a 12-month suspension of driving privileges.”

The Sheriff’s Office will also participate in the checkpoint.