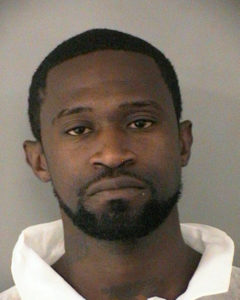 A man was arrested Thursday night after allegedly doing push-ups in public while naked, then resisting arrest.

The incident happened around 8:00 p.m. on the 3200 block of 24th Street S. Police say a local resident, 31-year-old Timothy Lowe, was nude and doing push-ups in the middle of the street.

“The subject ignored numerous commands by police and began approaching officers in an aggressive manner while yelling obscenities,” according to a crime report. “The subject was taken into custody following a taser deployment.”

Lowe has been charged with indecent exposure, disorderly conduct and obstruction of justice. He was under the influence of the drug PCP at the time of the incident, according to Arlington County Police spokesman Dustin Sternbeck.

Lowe, who spoke out against what he described as police profiling and harassment at a community forum on policing a day prior to his arrest, has had other run-ins with the law.

In September, he was arrested and charged in connection to a stabbing in the Nauck neighborhood.