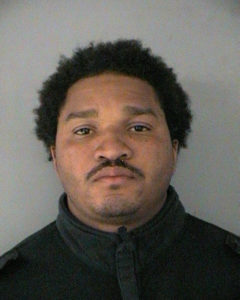 (Updated at 4:15 p.m.) A former Arlington County firefighter accused of dealing drugs has pleaded guilty to possessing cocaine and will be sentenced next year.

Prosecutors say police began investigating Ogregory Hamilton after receiving a tip that the firefighter was dealing drugs. Earlier this year, police also received a tip that the Dumfries resident intended to sell cocaine near Carpool in Ballston on April 17. Detectives staked out the area and observed Hamilton arrive and park at the designated spot for the planned deal.

Police ended up detaining Hamilton and found cocaine inside the trunk during a search of his vehicle, according to a statement of facts entered as part of the plea. Police also searched his home and found a digital scale and baggies commonly used for packaging drugs. The baggies reportedly also had a white, powdery residue that appeared to be cocaine.

There is no indication that Hamilton dealt cocaine on county time or used any county resources to carry out any transactions, according to prosecutors. He pleaded guilty to a lower charge of cocaine possession earlier this month.