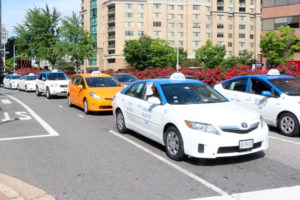 Del. Rob Krupicka (D) has written legislation that would put a video camera inside every taxi in Virginia.

Krupicka, who represents parts of south Arlington, Alexandria and Fairfax in the 45th District, introduced HB 2188 this month, requiring all taxicabs and vehicles “performing a taxicab service” to mount a digital video camera somewhere on the interior, and to keep it recording the entire time the taxi is in service.

According to the legislation — which is under review in the House Committee on Transportation — the Department of Motor Vehicles would regulate how the recordings are used. That would likely include what happens to the recordings after they are taken, assuming there has been no incident.

“This bill is meant to serve as protection for both the consumer as well as the taxicab driver,” Krupicka’s website says.