If you can believe it, I had already planned to write about lagers before the Super Bowl. But I can’t think of a better time to write about them than now because of two Super Bowl ads from macro breweries, Budweiser and Coors.

Budweiser’s commercial set off a firestorm of reactions from the craft beer community with it’s anti-craft beer stance. It’s interesting to me simply because it shows that there is a big enough consumer base for craft beer that they decided to go after them. It got me even more excited about exploring craft lagers to share what sets them apart from a macro American lager, like Budweiser.

Coors Light’s ad, on the other hand, avoids being divisive while speaking to a growing craft beer audience. They get right to the heart of what makes a lager a lager in a middle frame when they flash the line “always lagered below freezing.” By using the proper term “lagered,” Coors is showing that it knows that we know what they’re talking about. For those of you that don’t know what lagering is, I’ll explain.

At its root, the thing that sets a lager apart from an ale is the yeast. Ale yeast requires warmth in order to start the fermentation of sugar into alcohol, adding fruity flavors to the malt and hops that already flavor the beer. Lager yeast actually begins fermentation at lower temperatures and is slower to complete fermentation. The result is a crisp, clean flavor that should be free of the fruitiness that ales display.

The word lager is derived from the German word “lagern,” which means “to store.” In fact, lagering is the process of storing the beer at temperatures around or below freezing for a period of time. Lagering allows the few flavor compounds created by the slow fermentation of the lager yeast to reabsorb and be processed out. The result is a crisp beer. All the lagers that I’m exploring are golden, but they can also be brown or black as the yeast and the lagering is what makes a lager a lager, and not the grain or the color. 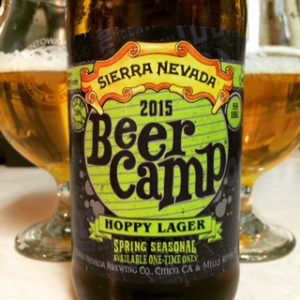 Sierra Nevada has started brewing small spring batches of beers that are created through collaborations with other craft breweries or with individuals. Named Beer Camp, this line of beers plays with the expectations of whole variety of styles from lagers to IPAs to stouts. This Hoppy Lager is actually a remix of the original Beer Camp collaboration with Ballast Point, an India-style pale lager. I don’t recall the original pleasing as easily as this one. The aroma is lightly piney and floral from the hops. Hops add an interesting fruitiness to the clean lager maltiness in the flavor. This is a complex lager that made me want keep some in my fridge. 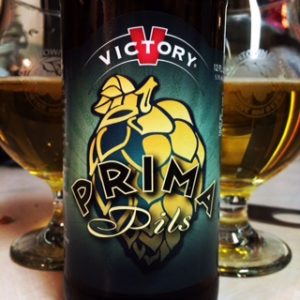 Victory’s Prima Pils is made in the German style of pilsners, which means that it is light in color and body with more of a hop balanced flavor (though not like the Hoppy Lager above). Often cited as an exemplar of the German style, Prima Pils does not disappoint. The aroma is lightly malty, as it should be. The flavor, though, starts out with the clean malt of a lager, but transforms into a slightly more complex beer with the hops. The combination of German and Czech hops  add a floral, herbiness in the finish. This beer is a great go to for warmer weather picnics and BBQs. 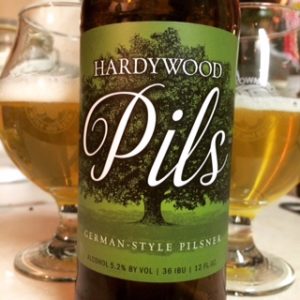 If you were a Beermonger reader, you’ll know how much he loved Hardywood Pils. I can see why. This German-style pilsner pleased with every sip. Both the aroma and the flavor are pleasantly hoppy with some malt backbone. The German “noble” hop, Hallertau, is responsible for the fresh, herby hop aroma and flavor. It’s worth noting that the carbonation is very light in this beer — it’s so smooth that this beer goes down easy. This is a great all-around choice. 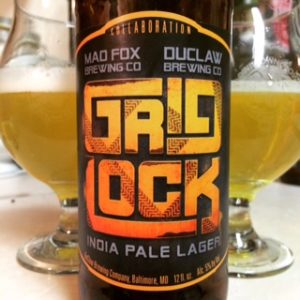 Baltimore’s DuClaw teamed up the Falls Church gastropub, Mad Fox Brewing Co. to create this hopped up lager. Named in honor of the traffic that the brewers encountered during the process of this collaboration, Gridlock is a unique beer. The clean malt of a typical lager recedes to the background as the hops jump to the front. The aroma and the flavor are all hops. It’s an interesting opportunity enjoy some American hop flavors without any other flavors to compete. The result is that this beer isn’t complex, but it’s immensely satisfying if you like hops.

Last, I want to look a little closer at that mass produced American lager, Budweiser. 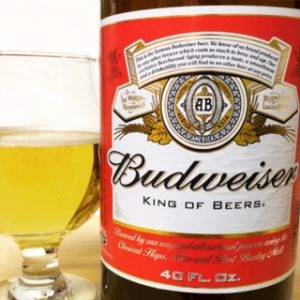 Dating back the 19th century, Budweiser was originally brewed using a significant amount of adjuncts (non-barley grains in the malt mixture) in order to compensate for a high-protein North American barley, which made the lagers cloudy. Today, rice is the main adjunct. It adds nothing to the flavor, nor do the hops, which are easily overpowered by the creamy malt. The aroma is all malt as is the flavor. The crisp, cleanness associated with lagers is mostly evident in the carbonation, which remains high as it warms.

While there are many lagers on the market, from the beast that is Dogfish Head’s Beer Thousand imperial lager to traditional malt-balanced lagers, these are the ones that I’m sharing with you. What lagers are you drinking now or do you love? Tell me below!

Read more →
More Stories
Hynes to Dems: Stand Up for Us at Board MeetingsSchool Board Plans More Meetings, Engagement in Wake of TJ Decision