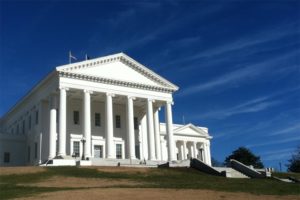 A bill that would give the Arlington County Board authority to hire an independent auditor appears on track to become law.

Del. Patrick Hope is chief patron of HB 2308, which allows counties with the county manager form of government — namely, Arlington — to hire an auditor with the power to “make performance reviews of operations of county agencies or county-funded programs.” The auditor would ensure money is being spent wisely and evaluate the effectiveness of those agencies and programs.

The bill passed the House of Delegates unanimously yesterday.

“I believe in the case of Arlington, where we have more than a $1 billion operating budget and over 3,000 employees, localities who don’t already have this authority will be seeking it to ensure government is working as efficiently as possible,” Hope told ARLnow.com in an email today. “If this authority is exercised, I think it will give Arlington residents an added level of confidence that their taxpayer dollars are being spent wisely.”

Currently, the County Board only has the authority to hire a county manager, county clerk and county attorney. County Board member John Vihstadt has been pushing for the county to hire an independent auditor since his election last April. If Hope’s bill passes the state Senate and is signed by Gov. Terry McAuliffe — which Hope expects, but “I’ve learned over the years you never know” — the Board will begin to deliberate hiring its own independent auditor.

Board member Jay Fisette serves as the five-member panel’s legislative liaision, and is a former auditor himself. He said Hope’s bill is “another tool to consider” as the county develops its budget for the next fiscal year. Fisette said the county used to have several auditing mechanisms, but many of them were cut during the economic recession.

At one point, the county had an audit committee with a $100,000 budget that evaluated performance contracts, Fisette said. A decade ago, the county had two internal auditors ensuring that money wasn’t being spent fraudulently, but budget cuts have meant those services are now contracted out.

“The manager has been working to hire an internal auditor, and we had a great candidate who backed out,” Fisette said. He added that the Board supports Hope’s legislation. “We will set up, in the next few months, the best way to support that audit function. Who would oversee the work plan if they are going to report to us.”

Hope said the state Senate will likely consider the bill within the next two weeks.