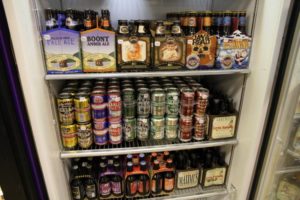 (Updated at 4:00 p.m.) An online service that would allow people to order beer and wine to their doorstep could launch next month in Arlington.

Ultra is already available in eight cities nationwide, including D.C., where it contracts with retailers to deliver beer, wine and liquor. While Virginia’s liquor laws restrict Ultra from selling spirits, Ultra CEO Aniket Shah says his company has reached an agreement with the state Alcoholic Beverage Control Board to deliver beer and wine.

“We are looking at Arlington as our first city to expand in Virginia, based on demographics, income levels and awareness for new technologies,” Shah told ARLnow.com. “We are expecting the deliveries to start first-second week of March.”

Ultra users would go to the company’s website, enter their zip code, and a list of products they can order (beer, wine, soda and mixers), delivery minimum, hours and estimated delivery time. Customers can order on-demand, which takes no more than an hour, or for more than 30 days in advance, including requests like the wine be chilled. Customers’ IDs are checked when the driver makes the delivery.

“We received huge response from people in D.C. when we launched there and we wanted to expand to Virginia as soon as possible,” Shah said. “[Virginia ABC] were very open to understanding our process and providing guidelines within which we had to operate our service in Virginia. We finally received the approval and we are actively in contact with several retailers to accept deliveries in Arlington.”

Ultra, a New York City-based company, can only sell beer and wine from stores that have delivery permits in place to do so. Shah couldn’t disclose which retailers Ultra is negotiating with because of confidentiality agreements, he said.

Shah said Ultra is the first service of its kind in Virginia, but individual retailers are already able to delivery beer and wine as long as they have an ABC license. Some restaurants, like Lost Dog Cafe, deliver beer along with food.

Shah also said he plans on initiating negotiations with the ABC Board to deliver liquor straight from ABC stores, but it’s unclear how much traction those discussions will have.