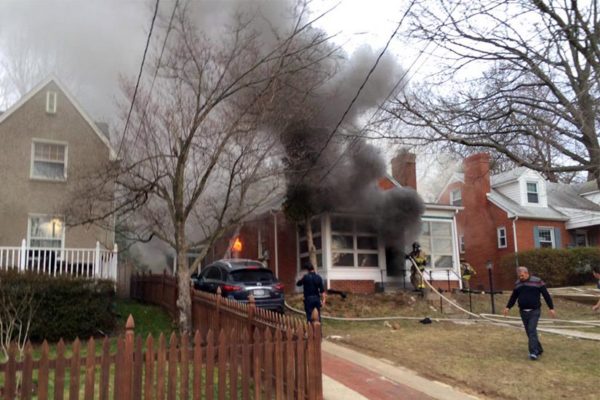 The fire was reported just before 6:30 p.m., on the 2200 block of N. Nottingham Street. The blaze started in the home’s basement and spread to the first floor, but was quickly extinguished once firefighters arrived on scene, authorities said.

No injuries were reported. The county’s fire marshal is investigating the cause.

As part of its ongoing campaign for additional fire department funding, Arlington’s firefighters association pointed out via Twitter that Tower 104, which was second due on the call, is “understaffed with only 3 [firefighters].”