Progressive Voice is a weekly opinion column. The views and opinions expressed in this column are those of the individual author and do not necessarily reflect the views of their organization or ARLnow.com. This week’s author is Gerry Collins. 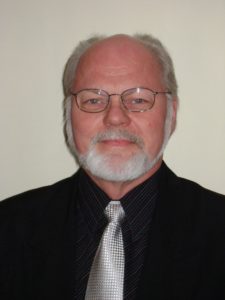 One of Arlington’s core values has been its support for public education — where all children can learn and a premium is placed on the quality of classroom instruction. The success of our school system is part of what makes Arlington an attractive place to live and that success has led to a growing school population.

That growth has led to budget challenges given that the county’s economic growth has not kept pace with school population growth. That is why it has been fascinating to observe the course of events that have brought us to the brink of a final, balanced budget for Arlington Public Schools.

Only four months ago in early December, the projected budget deficit for the Arlington Public Schools was $25.3 million. As adopted on April 10, the School Board’s proposed FY 2016 budget requests an additional $6.2 million from the County Board when that Board adopts the county’s overall budget.

It is interesting to reflect on the process that has brought that additional funding request down to the current $6.2 million. The process has consumed many hours on the part of many players, including the superintendent, the APS staff in Finance and Management Services, and the School Board, as well as allied groups including the Budget Advisory Committee, the Schools Committee of the Arlington County Civic Federation, several employee groups, and a host of parents and citizens who have weighed in on various components of the proposed budget.

The effort to reduce the projected budget deficit was led initially by Superintendent Patrick Murphy who, with the support of the APS finance staff, used revised expenditure calculations as well as savings from the December close-out report to present a proposed budget in February that had lowered the budget gap to $13.6 million.

To close that gap, the superintendent’s proposed budget identified additional reductions organized into three levels, or tiers. Tier 1, the first to be reduced if needed, included $4.8 million in central office efficiencies as well as payments from “one-time” money — that is, funds that cannot be used for ongoing expenses.

Tier 2, the next line of reductions if needed, included $5.1 million through reduced funding for two of the remaining four elementary schools that have a shortened instructional day on Wednesdays, as well as savings derived from increasing the planning factor for K-12 class size by one student per classroom. Tier 3, including funding for the other two schools and a 33 percent cut in the projected salary increase, amounted to $3.7 million in potential budget savings.

Some good news came from Richmond at the conclusion of the General Assembly in March, with the notice of increases in state funding amounting to $1.7 million. This came mainly from a statewide contribution to salary increases for teachers and a reduction in the Virginia Retirement System rate of 0.44 percent. This reduced the budget gap from $13.6 million to $11.9 million.

Additionally, the County Board’s decision to take a more deliberate approach with regard to the decision whether to construct a new elementary school on the Thomas Jefferson Middle School site — pushing back the CIP timeline for that school — provided a little silver lining in the form of $1.4 million in savings on debt service since the spring bond sale would be reduced by $28 million. This lowered the projected budget deficit to $10.5 million.

Through all of this, the School Board had been actively involved in seeking and receiving information and updates from APS staff through budget work sessions and communication with the Superintendent. At the open hearing on the proposed FY 2016 budget, the Board elected to take $1.5 million in Tier 1 cuts and use one-time money to help close the gap. As a result of those actions, the additional funding requested from the County Board was lowered to the current level of $6.2 million.

A lot of energy has been expended on this process over these past four months, with a fair measure of both collaboration and compromise. That bodes well for future budget processes and decisions.

We have come a long way along a long and winding road. The final maneuver — akin to parking the car in the home garage — rests with the County Board. They have the keys and, hopefully, enough hybrid fuel, to complete the budget journey successfully, serving our children, our schools, and our community well.

Gerry Collins is President of the Arlington Education Association. He is a 30-year veteran teacher in the Arlington Public Schools.