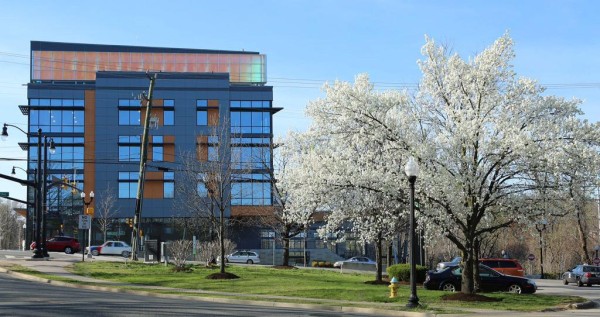 Police Answer Resident Questions About Murder — Arlington County Police held a community meeting in the Aurora Highlands neighborhood last night to answer questions about the murder of Bonnie Black. Police said that Black was stabbed in the chest and neck. Officers have been conducting extra patrols but police say no immediate danger to the community. Meanwhile, it was revealed that police are searching the home of Black’s estranged husband, who so far is not being named as a suspect. [MyFoxDC, WTOP]

Judge Considering Deaf Inmate’s Suit — A federal court judge is considering testimony in the lawsuit against the Arlington County Sheriff’s Office by a deaf inmate who says he was denied access to an American Sign Language interpreter during a jail stay last year. [Associated Press]

TDM For APS Teachers — Arlington County has launched the first transportation demand management (TDM) program in the U.S. for public school faculty and staff. The program is “aimed at reducing the drive-alone rate of the more than 5,000 employees of Arlington Public Schools (APS), one of the top employers in the county.” [Mobility Lab]

No ‘Bells and Whistles’ for Lubber Run — Arlington County is in the early stages of a plan to renovate the Lubber Run Community Center (300 N. Park Drive), but the officials are already tamping down any expectations of gold-plated features. “We’re not going to build everyone’s wish list,” said County Board Chair Mary Hynes on Tuesday. A community forum about the renovation project is scheduled for next Wednesday at 6:30 at the community center. [InsideNova]

END_OF_DOCUMENT_TOKEN_TO_BE_REPLACED

More Stories
Pedestrian Hospitalized After Being Hit By Car Near Crystal CityFirst Look: The Future Plans for Pentagon Centre