Progressive Voice is a weekly opinion column. The views and opinions expressed in this column are those of the individual author and do not necessarily reflect the views of their organization or ARLnow.com. This week’s column is written by Dr. Marie Price. 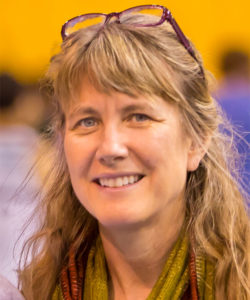 In our nation’s history, we have achieved great success because we have encouraged educational achievement and because of the determination, grit, innovation, and entrepreneurship of our immigrants. Those who have come to our country from elsewhere, and their daughters and sons, have been strong contributors to our economic, national security and cultural preeminence.

Through the Dream Project, which matches educational success and immigrant youth who aspire to the achievements of earlier immigrants, Arlington is making a significant contribution to our community and our nation’s future.

The Dream Project began five years ago in Arlington as a community-based non-profit organization bringing together undocumented families, their high school and college-aged children, educators, and donors. It began with parents who could not bear to see their children’s academic achievements undermined by barriers of being undocumented. Today, the Project directly supports 70 promising immigrant youth through a mentoring program for high school seniors, offering scholarships, and promoting advocacy.

Dream Scholars from our program have nurtured student-led DREAMer groups at various Virginia colleges including the Mason Dreamers at George Mason University. By becoming part of a supportive community and sharing their stories of struggle, the Dreamers have become powerful voices for change in Virginia. As one Dream Scholar describes, “I got involved with the Dream Project and realized there are more Dreamers in Virginia. Then I got more involved with advocacy and I went to California and realized that this is a national issue.”

It is estimated that up to 25,000 Virginians may be eligible for DACA (Deferred Action for Childhood Arrivals), which the Obama Administration initiated in June 2012. The game changer in Virginia was Attorney General Mark Herring’s ruling verifying the legality of in-state tuition for DACA holders resident in Virginia. By September 2014, over 80 percent of our 48 scholarship recipients were eligible for in-state tuition, reducing their college costs by two-thirds.

DACA is not legal permanent residence and must be renewed every two years at the cost of $465. Students with DACA are able to work, obtain a driver’s license, open a bank account and receive in-state tuition.

A distinguishing feature of the Dream Project is its mentoring and collaboration with students and families. Creating a network that feels family-like has been shown to be especially effective for undocumented college students. Through mentoring and the renewable Dream Project scholarships, the success rate of our Dream Scholars is excellent. More than 90 percent of our students are currently enrolled in university classes and our first students will graduate in May 2015.

Critical to the Dream Project’s success has been its ability to partner with key institutions such as public schools, community colleges, state universities, and religious organizations. From the beginning, Arlington Public Schools opened its doors by signing a strategic partnership with the Dream Project to provide in-kind support in the form of meeting space for after-school activities.

There is more work to be done. As of 2014, the State Council for Higher Education in Virginia counted only 81 DACA recipients receiving in-state tuition in Virginia’s four-year colleges and universities. (DREAMers in Virginia’s community colleges are not included in SCHEV’s data). Also, DACA is an Executive Order that could be suspended by the next U. S. President. There is need to expand mentoring programs to more high schools so that Virginia’s talented but undocumented youth have more opportunities to attend university. As of this writing over 100 students have applied for Dream Project scholarships.

The Dream Project welcomes supporters and community members to assist in its mentoring and scholarship outreach programs. On Friday, June 12, at 7:00 p.m. we will have our annual scholarship award ceremony at Wakefield High School where up to 70 Dream Scholars will be awarded.

Dr. Marie Price is a Professor of Geography and International Affairs at the George Washington University. She serves on the Dream Project’s Board of Directors.