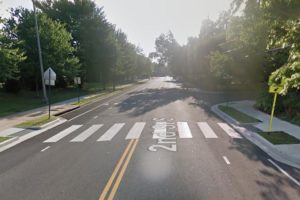 A 14-year-old boy was struck by a car near Thomas Jefferson Middle School and seriously injured this morning.

The collision happened just after 7:30 at the intersection of 2nd Street S. and S. Jackson Street, a busy route for students walking to and from school.

It was not immediately clear how the crash happened nor whether the teen was in the crosswalk when he was struck.