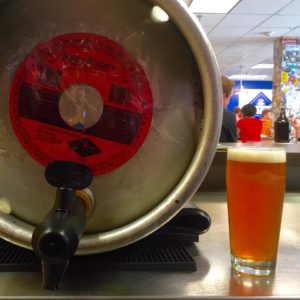 Two full kegs of beer, purchased for a wedding, were stolen from the front yard of an Ashton Heights home over the weekend.

The theft took place early on the morning of this past Saturday, May 23. Police say the kegs had been purchased on Friday for a wedding celebration on Saturday, and were being stored in the front yard of a house on the 600 block of N. Kenmore Street.

The homeowner’s daughter was the one getting married. Upon finding the kegs missing, the homeowner inquired with the future son-in-law and father-in-law, but found out that neither man had moved the kegs, according to Arlington County Police spokesman Dustin Sternbeck.

Neighbors reported that they had heard a car pull up to the house around 3:00 a.m.

The kegs contained beer from Alexandria’s Port City brewery and had a total value of about $170, Sternbeck said.