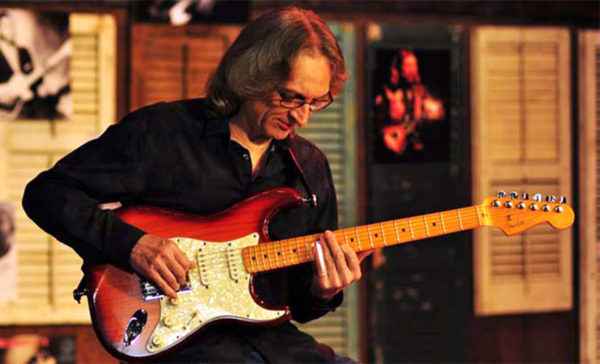 A date and a headliner have been set for this year’s Columbia Pike Blues Festival.

The 20th annual Blues Festival will be held on June 20 from 1-8:30 p.m. near the intersection of S. Walter Reed Drive and Columbia Pike.

This year the festival will be headlined by Grammy-nominated blues musician Sonny Landreth. “Bound by the Blues,” Landreth’s 12th album, will be released on June 8.

The Blue Festival is something the Columbia Pike community looks forward to every year, said Takis Karantonis, executive director of the Columbia Pike Revitalization Organization (CPRO), which organizes the event.

The Blues Festival features numerous food vendors and a beer station. Visitors can also stop by the tables of local arts and crafts vendors and community organizations. There will be at least seven or eight local food vendors, Karantonis said, adding that showcasing local food providers is a goal of the festival this year.

CPRO has selected a national act for the headliner the past two years, Karantonis said. The other musicians are selected from the most active blues acts locally and regionally.

The festival will also have a kids area and an artists area. Artists will be painting next to the stage to allow the music to influence their work, Karatonis said. The art will be auctioned off.