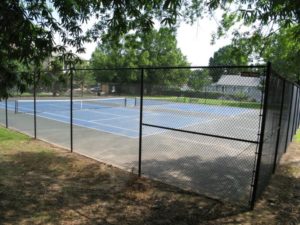 Arlington County is in the hunt for houses next to Maury and Milliken parks in Ashton Heights.

“The County would be interested in purchasing your property for incorporation into the nearby Maury and Milliken parks,” the letter said. “If you are interested in selling your property, either now or in the future, please let me know as we would like to have the opportunity to make you an offer before the property is listed for sale with a real estate agent.”

“The benefits of selling the house directly to the County are that the house could be sold in ‘as is’ condition, without the necessity of making any repairs, at a time convenient for you, and without the payment of a sales commission, which would save you a significant amount of money,” the letter continues.

One property on the block — an immaculate 5 BR, 4.5 BA Colonial —  is currently on the market for $1.75 million. “This home shows the pride of ownership,” the real estate listing says.

A homeowner on the block says he’s not sure the expense the county would have to go to in order to acquire the properties is worth it. 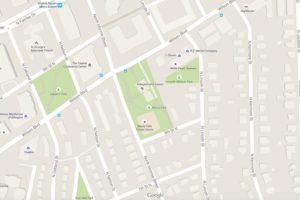 “I find the whole thing to be fiscally outrageous. I love my house and have made a massive investment in building the house where I want to raise my family in the neighborhood where I want to raise my family,” he said. “There is already a park there that hardly seems overused… it is unclear to me why the county is so hot to trot to spend $7-10 million of taxpayer money to build a park so close to Quincy [Park] and so many others.”

A county spokeswoman said the expansion of Maury Park — located next to the Arlington Arts Center and described as a “quaint one-acre park equipped with two tennis courts and an amazing play sculpture” — has been the goal of two County Board-adopted policies, the Public Spaces Master Plan and the Virginia Square Sector Plan, as well as the Ashton Heights Neighborhood Conservation Plan.

“The plan is to expand active and passive recreation,” said Arlington County Media Relations Manager Mary Curtius. “Up until the 2000’s, when the Maury Arts Center building and parking lot were expanded, the surrounding park included a popular playground and basketball court. Both had to be removed to make way for the expansion of the Arts Center.”

“The County has acquired two key parcels over the last decade, a single family home on N. Lincoln Street and a commercial property on Wilson Boulevard,” Curtius continued. “A park master plan will be developed in the future to address the new parcels that are being acquired over time as well as the joining of Maury and the adjacent smaller Herselle Milliken park.”