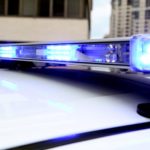 It was a relatively busy weekend for Arlington County Police, at least according to the department’s daily crime report.

On Saturday evening, police say a customer at the CVS in Buckingham went on a name-tag-ripping tirade when he found out the pharmacy was closed.

ROBBERY, 150711067, 200 block of N. Glebe Road. At 7:15 pm on July 11, a subject became irate when told the pharmacy of CVS had closed and assaulted an employee, ripping his nametag off of his shirt. The subject left the store and was seen fleeing in a vehicle. The suspect is described as a white male in his sixties, approximately 5’8″ tall and 145 lbs. He was wearing green shorts, white polo shirt and sandals at the time of the incident.

On Sunday afternoon, a man in Nauck allegedly threw bleach on several people and then threatened them with a pair of knives, following a verbal argument.

MALICIOUS WOUNDING WITH A CAUSTIC SUBSTANCE, 150712030, 2400 block of S. Shirlington Road. At 1:55 pm on July 12, a subject threw bleach on several victims following a verbal altercation. The subject then brandished two knives and made threatening remarks. Darrell Bailey, 24, of Arlington, VA, was arrested and charged with attempted malicious wounding by a caustic substance.

The rest of the daily crime report, after the jump.

ARMED ROBBERY, 150712048, 2400 block of S. Crystal Drive. At 9:40 pm on July 12, two subjects robbed a rental car employee as he left a parking garage. The victim stated that a gun was brandished during the incident. The suspects fled on foot with several items and are described as black males with slim builds

ROBBERY, 150710063, 1100 block of S. Hayes Street. At 8:42 pm on July 10, a subject concealed merchandise in a backpack and attempted to leave the store. Once confronted by security, the suspect produced pepper spray and threatened to use on security. THe suspect fled the mall on foot and is described as a black male in his thirties, approximately 5’10” tall and 180 lbs. He was wearing a tan baseball hat, orange t-shirt and dark colored shorts at the time of the incident.

FELONY HIT & RUN / ATTEMPTED MALICIOUS WOUNDING, 150711040, 4700 block of N. Lee Highway. At 1:50 pm on July 11, following a verbal altercation after a subject nearly hit a vehicle in a parking lot, the subject waved the vctim over to his car where he proceeded forward and struck him. The victim sustained a number of minor injuries. The driver fled the scene and later came to the police station to self-report the incident. Robert Kreiger, 56, of Arlington, VA, was arrested and charged with felony hit and run and attempted malicious wounding. He was held on a secured bond.

MALICIOUS WOUNDING, 150712012, 900 block of S. Buchanan Street. At 2:41 am on July 12, two victims were attacked by a group of male subjects as they left a bar. One of the suspects brandished a knife during the incident. The suspects were described as Hispanic males in their twenties.

MALICIOUS WOUNDING, 150713003, 2200 block of S. Eads Street. At 1 am on July 10, an argument outside of Crystal City restaurant escalated and a subject hit the victim in the head with a brick. The victim was transported to GW Hospital with a large laceration. William Benbow, 38, of Alexandria, VA, was arrested and charged with malicious wounding. He was held without bond.

BURGLARY, 150710038, 400 block of S. 11th Street. At 2:45 pm on July 10, three suspects attempted to pry open a door at the Verizon Wireless building and were confronted by an employee. The subjects fled on foot prior to gaining entry. The investigation is ongoing.