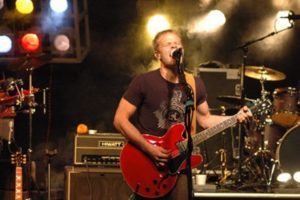 Arlington County has enjoyed near-perfect weather today, with blue skies, plenty of sun and a high of only 82. What better way to celebrate the end of a beautiful summer day than to attend one of three outdoor concerts taking place this evening?

Also tonight, the Village at Shirlington (2700 S. Quincy Street) will hold its weekly Shirlala music festival, which started in June. Playing from 6:30-8:30 p.m. will be alternative rock band Lloyd Dobler Effect. In addition to the live music, there will be $5 wine tasting courtesy of local cheese and wine bar Cheesetique.

All three concert series are free and open to the public. Rock at the Row’s lineup was announced earlier this summer. Shirlala’s remaining performances are below.