A million people around the world have been able to play pen and paper games on a virtual tabletop thanks in part to an Arlington man.

Richard Zayas co-founded Roll20.net, a site that provides a virtual platform to play pen and paper games, like Dungeons and Dragons, with his college roommates Nolan Jones and Riley Dutton. 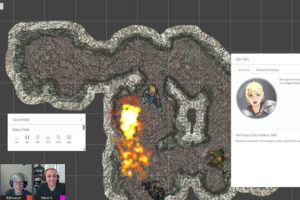 The three friends used to play Dungeons and Dragons together in college, but stopped once they graduated and moved to different parts of the country. After talking about how they wish they could all play together, Dutton created a prototype of a virtual tabletop.

What started out as a way for the three founders to play Dungeons and Dragons together after college turned into a successful business. Roll20 reached 1 million users in July, according to Jones.

After creating the prototype, the three launched a Kickstarter with the goal of getting $5,000 to create Roll20. The Kickstarter raised $39,000.

“So to raise that kind of money in that short of time was a shock,” Zayas said.

Roll20 is not a video game, instead it provides the virtual tabletop for players to build their own games on. It is functionally similar to a video chatroom. Players are required to provide their own content — including tokens for characters — and create their own game boards. Alternatively, some game board and pieces can be purchased from a marketplace.

“At the basic level, the interface is just a virtual table,” Zayas said. 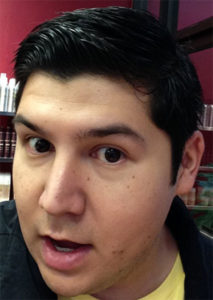 The site can be used for any type of pen and paper game, not just Dungeons and Dragons, Zayas said. Roll20 users can create or enter a game. The “game master” creates the game using his or her own content, such as character tokens. Users can also buy tokens and other assets from the Roll20 marketplace.

“If you like video games or ‘Game of Thrones,’ Dungeons and Dragons was the original game of the fantasy genre,” Zayas said. “And if you want to play it online, you can play it on Roll20 for free.”

The site is free to use, but it also offers a subscription service that comes with advanced like dynamic lighting, which gives the game a more realistic feel, Zayas said.

The subscription service is the site’s current revenue stream, though Jones, Zayas and Dutton may consider advertising on the site, Zayas said. So far, enough people are subscribing to the premium content to keep the site profitable.

Users from around the world are using Roll20 to host games. About 15 percent of users come from outside the U.S., Zayas said.

The idea of being able to play a game with people all over the world is reflected in the company’s set up. The three founders each live in different areas of the U.S.: Dutton in Kansas City, Kansas, Jones in Las Vegas and Zayas in Arlington. The founders only see each other once a year, Zayas said, and each has his own role in the company. Zayas is responsible for accounts and finances, while Jones does public relations and Dutton is the main developer.

“He [Dutton] would be the brains. I guess Nolan would be the mouth,” Zayas said. “I deal with all the finance, accounts, that sort of stuff.”

While the company is successful and growing, it has only gotten to where it is today through hard work, long hours and tough lessons learned.

“It is definitely the hardest thing I’ve ever done,” Zayas said. “Easily.”