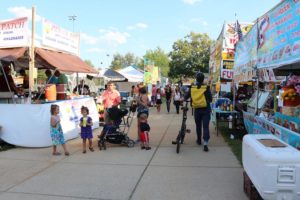 The Arlington County Fair is generally a fun, family-friendly event, but violence prompted police to close it early Friday night.

Officers assigned to provide security at the fair called for backup around 10:15 p.m. Friday after several fights involving groups of teenagers broke out.

Police arrived, detained several teens and made the decision to shut it down before the 11 p.m. closing time.

“Due to the fights and the threat to the public, the fair was closed about half an hour early,” said Arlington County Police spokesman Dustin Sternbeck. “Officers escorted patrons off the fairgrounds. The crowd was dispersed and there were no additional incidents.”

The teens who were detained by police were banned from the fair and turned over to their parents, Sternbeck said.

Police continued to maintain “a visible presence at the fair” over the weekend as planned. No other incidents of note occurred Saturday or Sunday, according to Sternbeck.