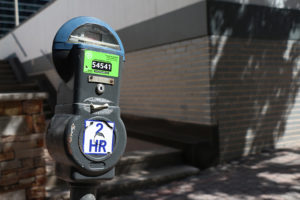 (Updated at 10:50 p.m.) Street parking in Arlington will now cost an extra quarter.

The 25 cent rate increase for parking meters went into effect on Sept. 7. The raise was approved by the County Board in May.

The increase does not apply to meters with reduced rates of 50-75 cents per hour. Areas with lower parking demand, such as near Virginia Hospital Center, were also not affected by the change, said county spokeswoman Jessica Baxter.

All digital, multi-space parking meters have been switched to the new rates, Baxter said. Parkmobile, a mobile app that allows users to pay for meters through their phones, has also been updated to reflect the new prices. 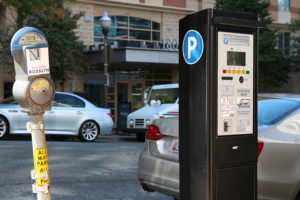 Older, mechanical parking meters for individual space will most likely reflect the changes by the end of the week, Baxter said.

“County staff is working diligently to convert the older mechanical meters (this requires a manual effort where staff physically reprograms each individual meter to the new rates),” she said in an email.

The 25 cents increase is predicted to bring in $1 million in revenue per year, but was prompted by higher demand for street parking, according to a county press release from May.

“Raising the rates to levels closer to the rates charged in nearby parking garages and closer to those of the rest of the region will help level the playing field ensuring that businesses that need short-term parking spaces on the street for their customers are more likely to have them available,” County Board Chair Mary Hynes said in a May statement.

The County Board is also expected to discuss a proposal to extend the hours that paid parking is enforced by two hours. If approved, people will have to pay to park until 8 p.m. instead of 6 p.m.