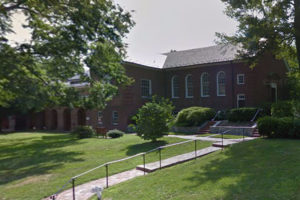 The Rock Spring Congregational United Church of Christ (5010 Little Falls Road) will discuss the intertwining of race and religion this month through sermons and evening session called “Starting the Conversation.”

The sermons and conversations were sparked by the deaths of Freddie Gray and Eric Garner while in police custody, which made national headlines and sparked a national dialogue on race, Rev. Kathy Dwyer said.

“I think we have just really been struck by the shocking events that have put the spotlight on racial injustice,” Dwyer said.

Starting on Sunday, Sept. 13, Dwyer will talk about racial justice through a series of three sermons about the story of Esther. The sermons will be a “broader brush stroke” about race and prejudice, she said.

“This series is based on the book of Esther, a dramatic story in the Hebrew Bible that is about an imbalance of power, privilege, prejudice, and taking risks to effect change,” Dwyer said. “In her sermons, Rev. Dwyer will reflect on Esther’s story and its connection with our lives, especially as it connects with the concerns about racial justice in America today.”

The church will also hold a series of three evening conversations about race and religion starting on Sunday, Sept. 20, which will be led by Dwyer and church leaders Susan Henderson, Laura Martin and Dale Dwyer. Each conversation will be held from 6:30-8 p.m. in the Saegmuller Room at the Rock Spring church.

The conversations are open to youth, teenagers and adults, she said, and are part of a larger, “year-long focus on racial justice” that will extend into 2016.

Through the sessions, the church and its congregation will “explore the fundamental issues of racism, connecting the discussion to our church’s and denomination’s histories, to our our individual beliefs and actions, to the role of race in society and to the themes of race in religion,” according to the Starting the Conversation event page.

The discussion on Sept. 20 is called “Whose Story?” and will address what sparked the Church to talk about race. Participants will also talk about how race connects to the church and themselves in terms of their “denominational histories, identities and commitments.”

On Sept. 27, the church leaders will look at language and behaviors in terms of racism. The group will also look at the difficulties in talking about racism as part of the “Racism 101 and Beyond” conversation.

The last planned discussion, “The Bible and Racism” on Oct. 4, will examine the role of race in the Bible. Church members will also talk about how racial and cultural themes in the Bible are different than today’s experience with race.

“In our core values, we proclaim that we are an inclusive community, and a justice-seeking community. When we sing our centennial hymn, we pledge to loose the bonds of injustice,” Dwyer and church officials said in an email to congregants Thursday night. “We look forward to the start of this exciting program of learning, sharing, and taking action in support of our core values.”