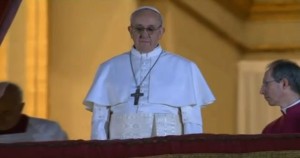 The Arlington County Police Department is warning that it may have to close down some busy streets and highways in the event of a major pedestrian exodus from D.C. during Pope Francis’ visit this week.

“The Arlington County Police Department may be closing several streets near the Rosslyn and Pentagon City Metro stations on Wednesday, September 23 and Thursday, September 24… as a result of the papal visit,” police said. “Road closures may be in effect from 9:00 a.m. until 3:00 p.m. on September 23 and 24, and will ONLY take place in the event of a large pedestrian walkout from Washington, D.C.”

The closures would be put in place on the following roads in Rosslyn:

Also, the following road closures are possible in Pentagon City: