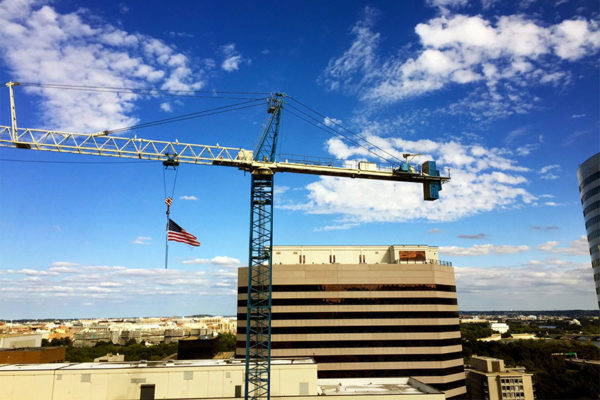 Tree Falls on House During Storm — A big tree fell on a house in Arlington during Friday’s heavy rain. No one was injured. [WJLA]

More Orange Line Woes — Orange and Silver line riders this morning reported relatively long waits between trains and, at Arlington stations, numerous inbound trains too crowded to board. Also this morning, a man suspected of stealing a woman’s purse at the Virginia Square station was taken into custody — reportedly by an off-duty FBI agent — at the Clarendon Metro station, according to scanner traffic. [Twitter, Twitter]

Entrepreneurship Push for Latinas — The Shirlington Employment and Education Center, which runs a day laborer program near Shirlington, is starting a new program intended to provide training to immigrant women who want to start their own business. [InsideNova]

Changes at Blue Virginia — The Arlington-based Democratic state blog Blue Virginia has a new website. The site’s long-time former platform Soapblox, which also hosted dozens of other progressive blogs, is shutting down on Oct. 15. [Blue Virginia]