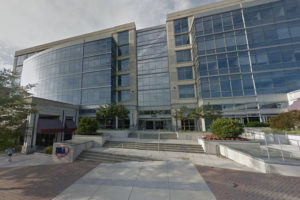 The office will be located at 3434 Washington Blvd, behind George Mason University’s Arlington campus and a few blocks from Clarendon. It’s expected to open in April, said Virginia DMV spokeswoman Brandy Brubaker.

News of the new DMV follows news that Arlington’s current DMV, on S. Four Mile Run Drive, will close this spring and move to the Barcroft Plaza shopping center in Fairfax County. That announcement has stirred up some local controversy and prompted lawmakers from both Arlington and Fairfax County to schedule public meetings.

The new Virginia Square DMV will be 6,000 square feet — about half the size of the Four Mile Run office and the future Barcroft Plaza office. It will offer all DMV services with the exception of road tests, Brubaker said. Public parking will be available.

“What we like best about this site is that it is located in a large population center and is about a block and a half from the Virginia Square-GMU Metro station, which will make it convenient for folks who work or live in the area or who use the Metro for travel,” said Brubaker.

Unlike Virginia Square, the new Barcroft Plaza office will offer road tests, according to Brubaker. She noted that “test routes will not travel through residential neighborhoods.”